UMdL participates at the World TB Day 2015 organizied by the Stop TB Partnership and supported by the World Health Organization (WHO) and by the Centers for Disease Control and Prevention (CDC).

133 years ago, doctor Robert Koch identified Mycobacterium Tuberculosis, the etiological agent of Tuberculosis (TB). Data from the WHO Global Tuberculosis Report 2014 reveal that about 9 million people fell ill with TB  in 2013 (1,1 million cases among people living with). In 2013, 1,5 million people died from TB. Between 2000 and 2013, 37 million lives were saved through effective diagnosis and treatment. In 2013, an estimated 480.000 people developed multidrug-resistant TB (MDR-TB). Progress in detection and treatment of MDR-TB are occurring rapidly. The WHO Guidelines on the Management of Latent Tuberculosis Infection (LTBI) 2015 provide useful Public Health information on the management of people with LTBI at high risk of  progression to active disease.

Much as been done but there is still a long way since about 3 million people with TB were “missed” every year. 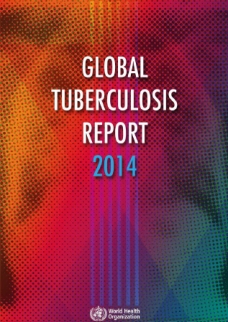 Our editorial content
is not influenced by the funding sources or by advertisement.

Banners serve from a free web hosting service.      All advertising banners are from the free Web host (WordPress.com) and are not endorsed by the site editor.

This website is hosted in the WordPress.com Blogging Platform [EE.UU]. Using this platform, both the Authors of UMdL and You (reader or participant) are subject to conditions present both in Terms of Service and in Automattic Privacy Policy.
The platform uses cookies for statisitcal purpose and to improve the service. All data are visible to us only in anonymous and aggregated form based on WordPress.com policy; we don’t know specific data about visitors access (individual IP adress, or more); e know the email address only if You want to leave a comment, participate in UMdL or contact us.

Remember also that you are free/ you can choose / you have the task of blocking unwanted cookies (from every website) thanks to an appropriate browser configuration.

This site complies with the HONcode standard for trustworthy health information:
verify here.